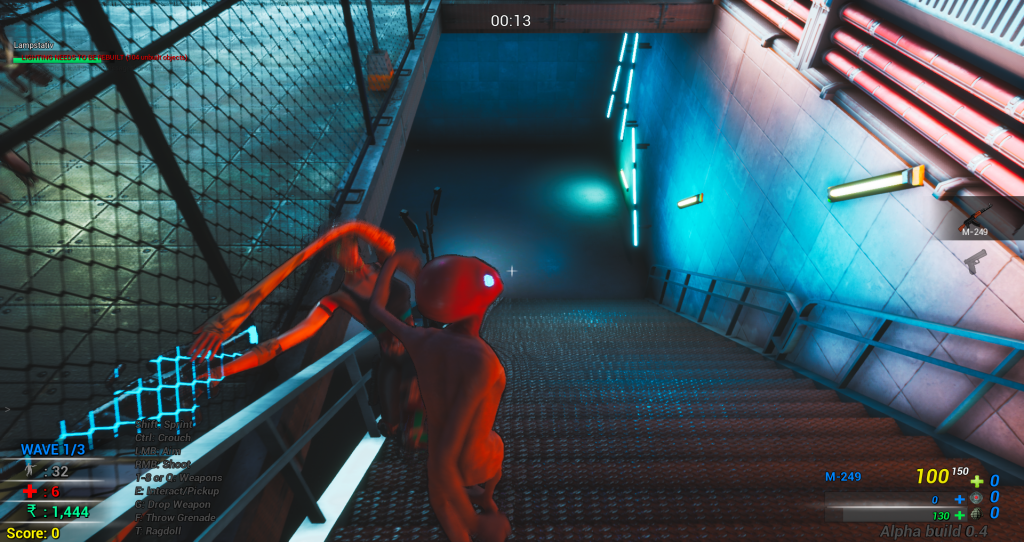 A couple of fairly large features have been added into the game in in the past month. With the first one being the ability to upgrade your loadout. What I mean with that is that you can buy for example a Uzi for the Assault class. Now you own the base, lvl 1 Uzi. For an additional small fee, you can upgrade the Uzi to lvl 2,3,4 and the best one, 5. Why is it worth to upgrade, you may ask? Well as you level up your weapons they get better stats, like increased damage per bullet, a bigger Mag Size, shorter reload time etc. Your upgraded weapon will ofcourse follow along into the lobby and beyond.

Now another feature that have been added into the game and that I feel will make the game more relevant and have a higher replay-value is Seosonal objectives. One season may be around 1-2 months and each season there will be added objectives, say like 15 each season. Those objectives will reward you with different things, with everything from ingame-money to playable characters, weapons, skins and more. Objectives are added via Datatable so it is very easy to add and change objectives along the way.

The personal stats window have now been updated to show all kinds of statistics, objectives and completed Steam-achievements.

Zedfest is slowly but steady growing into a complete game. But there is still alot to do, more maps, build some sort of objective mode that works well, lots of optimizations and so on. One feature I really want to have in the game and I feel would make it even more awesome is some sort of replay system. Where you can replay a game using a free-mode camera with the ability to slowmo, pause and such things. A bunch of games got this feature and will make the end user have more possibilities with their content creation.

All right folks, thank you for reading my Devblog no.7! Have a good one 🙂 .